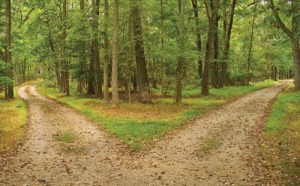 Sorry but no matter how cool you are, you just can’t have it both ways.

I read an article recently by surfing legend Laird Hamilton called Laird’s Laws where he gave us some badass new rules, or as he called them, “17 commandments.”

So much of what Laird laid out was intuitive and practical. For example, his first rule is “I base everything on how I feel.” Laird’s not much for pre-packaged routines and exercise plans based on age, weight, hair color, etc. He wakes up and feels good, he hits it hard. He feels sleepy, he rests.

“It’s really about keeping in shape for life.” Again, I agree. Laird’s analogy is that your body is like a car, keep driving it and it will keep running, but park it for a long period of time and it may not start when you need it.

Then, there was commandment number 4, which is always nice for me to hear. “You eat garbage, you’re probably going to perform like garbage.” There’s never been any doubt in my mind this is true. I can think of countless times I’ve fueled wrong, or not at all, and suffered the consequences. It follows logically that the car Laird refers to needs to run on the best gasoline available. As he says, “if it’s potato chips in, it’s potato chips out.”

This brings me to commandment number 10, which I will recount in its entirety:

“I have friends who eat healthier than anybody, but it takes them all day. And if they don’t have their sprouted bread, they go into a seizure. I can eat a Big Mac. I’m not going to love it, but it won’t put me into toxic shock. It’s like if a car is too high-performance, then it’s sensitive to any kind of fuel. I like being more like a truck. If a little diesel gets in there, maybe a little water, it’ll cough and burp a bit, but it’s gonna get through it and keep running.”

Hold on, now, I thought we established the ‘junk in, junk out’ premise.

This vehicle we keep talking about, whether it’s a car, truck, hybrid, or SUV, performs based on how it’s treated. Crap in, crap out sums it up perfectly. While I’ve never had a seizure over a lack of sprouted bread, I certainly have been dismayed and frustrated by the lack of healthy food choices in restaurants, especially when I’m traveling.

When I eat too much processed food, I simply feel bad.

Had Laird promoted a cheat day, fine. I get the value of comfort food. But our engines should be as ‘high-performance’ as possible, and our quest for real, healthy food should have a permanent place in our lives, overshadowing the temptation to pull into a fast food restaurant and chow down.

Recently, my friend Kristen spoke with someone whose level of nutritional understanding was most likely based on some clever company’s marketing strategy. She recounted her conversation on Facebook, saying that this person’s nutritional day consisted of a meal replacement shake for breakfast, a Lean Pocket for lunch, then a gorging at dinner because they were starving. In the end, Kristen implored that we all “just eat real food.” I agree, wholeheartedly.

We can justify all we want, but this is simply not a gray area. Eating right is just like training, it takes effort, knowledge, and discipline. And, please don’t justify bad nutrition by pretending it’s some reasonable response to a zombie apocalypse of crazed health nuts.

If you’re going to defiantly eat a Big Mac, leave me out of it. I think it’s time to put the sprouted grain freak stereotype to bed. I seek real food for the same reasons I seek physical challenges, personal fulfillment in my career, and anything else that means something to me. It’s a lifestyle.

As has been said by wiser men than I, ‘yes, there are two paths you can go by, but in the long run there’s still time to change the road you’re on.’

When you last felt fear did you use the opportunity to put it to work for you?

Fear is universal and touches each of us. At least it should, because if you’re not feeling fear on a regular basis you’re not taking any chances. Real progress happens outside our comfort zone and it’s natural, even expected, to ride that wave alongside fear.

My work environment is full of change at all levels and in every crevice of my organization. This has resulted in huge doses of fear and hope, which will battle each other if not handled properly.

Times like these expose true leaders who know fear means that something is about to happen and if you don’t turn into the wave, you’ll capsize.

Leaders use fear as a motivator to fuel a mission, describing a vision and that it will take every ounce of everyone’s effort to realize the dream.

Two years ago I entered an Xterra off road triathlon. Once on my mountain bike I knew I was in unfamiliar territory, having never done as difficult a course. There were huge rock gardens (long stretches of sharp-edged rocks) to ride over at blistering speeds. Giving into fear at that moment would have tensed my body and distracted my mind, resulting for sure in a crash.

Instead, I used the opportunity to concentrate on my breathing and melted into my bike, trusting it would work with me to conquer this challenging course.

I went with it, not against it.

Early on the course, I felt a tremendous rush of adrenaline, waking the butterflies in my stomach to an excited, anticipatory state. I began to look forward to the next rock garden.

I confronted fear, tamed it, and put it to better use.

It’s a proud moment when we realize the inevitable change we’re experiencing can be directed by us with hard work and focus.

I worked at United Way during its fundraising heyday, then in an instant the bottom fell out. The top UW exec, leader of our national organization, went down for embezzling money. In an instant, our team’s instinct was to fall back, retreat, clam up, no comment, oh no!

Then we met and talked it out, eventually coming to the conclusion we needed to be overly proactive, transparent, and honest.

The fallout was bad, but not as bad as it might have been had we cowered in fear and attempted to hide under the radar. It took vision, courage, and the conversion of fear to action. Instead of waiting for the phone calls, we made them. We wrote the letters, scheduled the meetings, and put ourselves out there. Attack versus retreat.

Decide to seek out situations that instill a healthy dose of fear in you. Train yourself to recognize fear, embrace the uncertainty it brings, and convert it to a type of energy and emotion that takes you to a new place.

Consciously work with fear, and not against it, so when it surprises you you’ll be prepared to cross the rock garden fast and unscathed.

You can’t hide from bad fuel.

Flashback to the Pawling triathlon, halfway through the swim and I need breakfast…badly. I’m starving. The louder my stomach growls, the more depleted my energy reserves become.

Coming into transition to the bike I search for what I know isn’t there – a morsel. Gatorade doesn’t cut it. Needless to say, not my finest moment.

I’ve experienced the side effects of inadequate and incorrect eating, like going for an afternoon run after packing in some chili or calling half a dry bagel breakfast for a half Ironman. Bad decisions lead to bad outcomes.

Triathlon has been described as ‘swim, bike, run, eat,’ the fourth discipline equal in stature. So too in life. You can’t achieve peak performance unless you fuel your engine properly.

Poor nutrition has the same effect on people whether they’re running a marathon or pulling a marathon day at the office. Irritability, distraction, and fatigue don’t discriminate. If you’re on the starting line or in a meeting room, bad eating habits limit your effectiveness.

Just watch the coffee machine between 2 and 3 pm and see the parade of wannabe nappers going in for their afternoon jolt.

I am a vegan, which means I eat a plant-based diet. I’ve tried to limit carbs, mostly because if left to my own devices I’d probably eat pasta every day. Lucky for me my girlfriend, Kathy, is also a vegan and a fantastic cook who hungrily researches nutritional information and experiments with new meals. Every time she blazes culinary trails there’s an underlying method to her madness resulting in great tasting, nutritionally rich food.

These days nutrition stands alongside religion and politics as a topic sure to spur heated debate. Diets like Paleo and veganism are achieving cult status as they lash out at the genetically modified organism (GMO) world of processed food.

My message in this post is simple – if you’re not seriously considering what you’re eating and why you’re eating it, you are selling yourself short and limiting your ability to achieve your goals. Good nutrition is a choice and there is plenty of information out there to help you decide what’s right for you.

Start slow by investigating different dishes and simple recipes. Consider how much processed food you eat and how it makes you feel and experiment with new recipes. Healthy food does not need to be boring.

In order to embark on this journey you must be able to answer the question “how do I feel?” after eating a meal. This is where your athleticism can help.

When I went vegan, my biggest concern was breakfast and how I would replace scrambled eggs and a bagel for fueling my hard training days. This took patience and experimentation until I began to find alternatives, which include pancakes, oatmeal, loaded bagels, and tofu scramble, each completely vegan and able to fuel me for peak performance.

When you try something new, assess how you feel when you exercise. Write it down, the good, the bad, and the ugly. You’ll see patterns and begin developing the right diet for you.

Here’s an idea. Take the Engine 2 Diet 28-day challenge. Use this as a jumping off point for a nutritional exploration to find which foods prepare and propel you to greatness.

Your nutrition is way too important to leave in someone else’s hands. Make the right choices by doing the research and caring enough about yourself and your performance to do what’s right for your body and brain.